Jolt Action’s board of directors donates their time and talent to ensure strong governance and oversight of the organization. Their expertise in advocating for equity and social justice guides our mission and propels our organization forward. 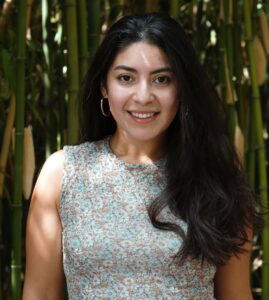 Elsa Iris Reyes is the daughter of Mexican immigrants and the eldest of three siblings. She was born in Chicago, and raised in Cicero, IL. She graduated from DePaul University and moved to Austin, Texas in 2016. As a child of immigrants, Elsa saw with the hardships her parents suffered at work because of their lack of education, language barrier, and economic status and felt something had to be done to support families like hers. In college she became heavily involved with organizing and civic engagement in Chicago. Her career in corporate finance and accounting has taught her what is possible with education y con las ganas that were instilled in her. Elsa believes that we deserve an equal access to prosperity and it is because of our strong work ethic that we will win the fight for better education and economic opportunities. Elsa first joined Jolt as a member, taking the organization’s leadership institute. Elsa believes, now more than ever Jolt has the opportunity to mobilize a generation who is tired of watching Latino families struggle.

Tzatzil LeMair is a bilingual cross-cultural marketer with a 20-year career including agency work at major advertising agencies in London and New York. She is currently Director of Accounts at Sensis, a cross-cultural advertising agency in Austin, TX. Before joining Sensis, LeMair ran an award-winning health promotion company serving women across Texas and served pro-bono as digital marketing consultant to nonprofits and Hispanic outreach strategist for political campaigns. She currently serves as Hispanic Caucus Committeewoman for the Texas Democratic party and is passionate about bringing out the Latino vote in 2020. She has a bachelor of fine arts from New York University and an MBA and a master of science in media management from Boston University. She is the mother of four boys. 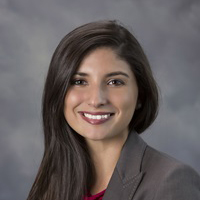 Dr. Denisa Gándara is an Assistant Professor of Higher Education at Southern Methodist University. Her research examines education policies and how they affect groups traditionally underserved in higher education. She is originally from the Rio Grande Valley. She earned a bachelor’s degree from The University of Texas at Austin and a Ph.D. from the University of Georgia. 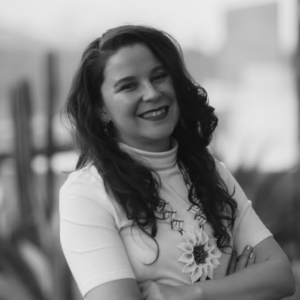 Kandace Vallejo is the founder of Youth Rise Texas, an Austin-based organization that uplifts youth harmed by the criminalization or deportation of a loved one, so that they may heal, learn, and lead. Ms. Vallejo is also the co-founder of the Texas Youth Power Alliance (TYPA), and the founding board chair of Jolt Action, where together with four other Texas based youth organizations, she has worked to scale the largest youth organizing and voter mobilization efforts the Lone Star State has ever seen. Prior to founding Youth Rise Texas, Jolt, and TYPA, Ms. Vallejo spent 12 years supporting the immigrant worker rights movement building a diverse skillset while harnessing popular social movement energy for material improvement in immigrant’s lives. Through working alongside and uplifting groundbreaking efforts with the Coalition of Immokalee Workers, the Student/Farmworker Alliance, and the Workers Defense Project in states like Texas and Floria, Kandace aided the growth of the immigrant worker justice movement by laying the groundwork for the growth of game-changing models in worker-led supply chain/workplace monitoring programs.

Vallejo, who holds a Masters in Education from University of Texas at Austin, was a Kellogg Food and Community Fellow from 2011-2013 while working to build a youth food justice program for Latin American immigrant youth. Kandace has spoken and written widely on issues related to worker’s rights, food justice, and immigrant rights. She earned a a Soros Justice Fellowship and was selected as a Robert Wood Johnson Culture of Health Leader for her work in founding Youth Rise Texas, and Ms. Vallejo continues to serve on the Board of Directors at Jolt Action. She has been published in multiple digital and print platforms, including book chapters in Be the Change: Teacher, Activist, Global Citizen and AK Press’ Uses of a Whirlwind. 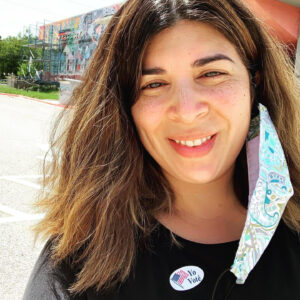 Perla Cavazos was born and raised in San Benito, a small town on the Texas-Mexico border, and moved to Austin over 20 years ago to take a job advocating for affordable housing for people with low income. Since moving to Austin she has developed expertise in public policy, advocacy and government affairs with a focus on improving the lives of Texans who are most vulnerable. She is the Deputy Administrator at Central Health, a local government entity that provides access to health care for individuals who are low income. Perla previously worked for Texas Legal Services Center, Texas Campaign to Prevent Teen Pregnancy, and in the Texas Senate as a Senior Policy Analyst and Legislative Director. Perla has a BA from Stanford University and a Masters in Public Affairs from the LBJ School of Public Affairs at The University of Texas at Austin.