Jolt’s Leadership Council members are highly influential leaders in the Latino and progressive community with experience in business, civic engagement, organizing, non-profit management and philanthropy who serve as strategic advisors to the organization. 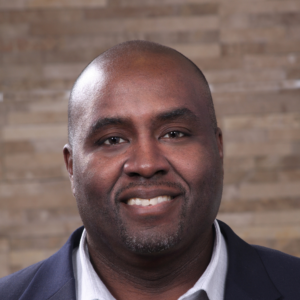 William Buster currently serves as the Executive Vice President of Community Investments. William provides oversight for the Foundation’s grantmaking programs and mobile Dental Program and is responsible for leading the design, development, delivery and evaluation of the Foundation’s grantmaking strategies and policies. He also provides oversight to ensure grants and programs match the strategic direction established by the Board and ensure that programs are achieving the desired outcomes.

Prior to joining the Foundation, William was the Owner and Lead Consultant for Common-Unity Philanthropic and Nonprofit Advisors. He worked in a variety of positions, including Director of Mississippi and New Orleans Programs and Advisor to the President on Men and Boys of Color during his 9 years with the W.K. Kellogg Foundation.

William holds a Master of Arts in Policy and Practice of Development, University of New Hampshire as well as a BA from North Carolina Agricultural & Technical University and an Executive Education certificate in Mastering Negotiation from the Harvard Kennedy School of Government. 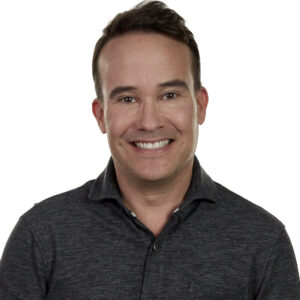 Tom is a serial tech entrepreneur and Co-Founder of super{set}, a venture studio that founds, funds, and builds technology companies. For the past 20+ years, Tom’s professional focus has centered on using data, decision science, and AI to solve hard, interesting problems. Prior to forming super{set}, Tom was the CEO and co-founder of Krux, acquired by Salesforce in 2016. Before Krux, Tom was the CEO and co-founder of Rapt, acquired by Microsoft in 2007. Born and raised in Albuquerque, New Mexico, Tom lives and works in San Francisco. He holds a B.A. in Computer Science and Philosophy from Harvard and Ph.D. in Engineering from Stanford. He supports and serves on the boards of non-profits in the areas of education, immigration, and entrepreneurship. 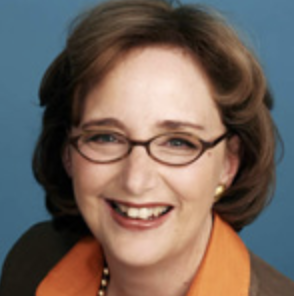 Sara is currently combining organizational consulting and coaching in the philanthropic and nonprofit sectors with volunteer service as the chair of the board of directors of the National Immigration Law Center (NILC). She is also a member of the board of directors of the Proteus Fund, Proteus Action League and the NILC Immigrant Justice Fund, as well as a member of the Leadership Council of Jolt Texas. Most recently, she was co-director of the Steinem Initiative at Smith College, incubating projects in the domestic worker and reproductive justice movements that use women’s and gender history as tools in organizing and movement building. She is a thought leader and trusted expert in social justice philanthropy, public policy, advocacy and organizational effectiveness, as well as a longtime organizer on women’s economic empowerment. For nearly 25 years, she served on the staff of the Ms. Foundation for Women, beginning as the founding director of the economic development program in 1986 and serving as president and CEO from 2004 to 2010. 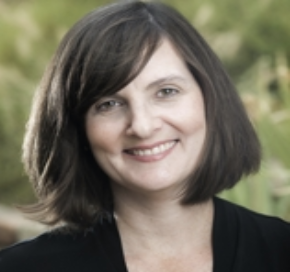 Betsy Healy serves as Associate Director for the Harold Simmons Foundation. She has served as a board member or advisor to many community organizations, including Parkland Foundation, Dallas Holocaust Museum, Human Rights Initiative of North Texas, Dallas International School, Grantmakers Concerned with Immigrants and Refugees, Jolt, Texas Education Grantmakers Advocacy Consortium (TEGAC), and Texas Muslim Women’s Foundation. She holds a BA from the University of Notre Dame and a JD from the University of Cincinnati College of Law. Following a judicial clerkship and a stint in private practice, she left to serve indigent asylum-seekers in a local agency. In response to a gap in services for torture survivors in North Texas, she and Serena Simmons Connelly founded Human Rights Initiative (HRI) in 1999. She served as Executive Director of HRI until joining the Foundation. 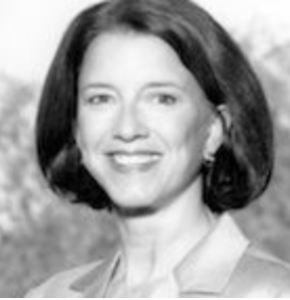 Nona is a physician, co-founder and vice president of Pharmaco and president of the Niland Foundation. She is a philanthropist, and community leader. She serves on the board for The Ann Richards School, the Foundation Board of Trustees for The People’s Community Clinic, and Jolt. 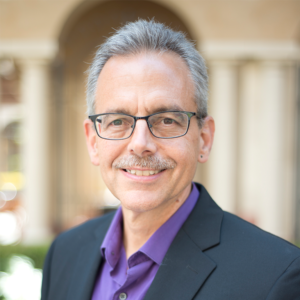 Dr. Manuel Pastor is Professor of Sociology and American Studies & Ethnicity at the University of Southern California. He currently directs the Program for Environmental and Regional Equity (PERE) at USC and USC’s Center for the Study of Immigrant Integration (CSII). Pastor was the founding director of the Center for Justice, Tolerance, and Community at the University of California, Santa Cruz. Pastor speaks frequently on issues of demographic change, economic inequality, and community empowerment and has contributed opinion pieces to such outlets including the Los Angeles Times, the San Jose Mercury News, the San Francisco Chronicle, the Sacramento Bee, the Huffington Post, among many others. He currently serves as a Public Member of the Strategic Growth Council in California, and has previously served as a member of the Commission on Regions appointed by California’s Speaker of the State Assembly, and as a member of the Regional Targets Advisory Committee for the California Air Resources Board. 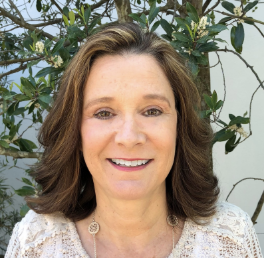 Julene Pérez-González is a consultant to philanthropy and the nonprofit sector. Most recently, she served as V.P. at Hispanics in Philanthropy, managing their New York office and overseeing education programs and business development. Previously, Julene served as a program officer at The David and Lucile Packard Foundation where she led grantmaking for policy, advocacy, and systems building to advance early education and youth development programs. She is a former V.P. of the Mexican American Legal Defense and Educational Fund, and also served in a senior position with the National Association of Latino Elected and Appointed Officials (NALEO). Julene was also a grant-maker at the Carnegie Corporation of New York, where she helped manage a civic engagement portfolio including immigrant rights and campaign finance. Julene has launched several start-up organizations including the U.S.-Mexico Foundation. Julene resides in Houston and is the proud mom of three young adults. Among her current efforts, she is interested in bringing more resources to Latino-led organizations in Texas. A former board member of MomsRising, a MoveOn spinoff with over 1 million members, Planned Parenthood of Los Angeles, the Committee for California’s Children and Youth, and Hispanics in Philanthropy, Julene most recently joined Jolt’s Leadership Council as chair. 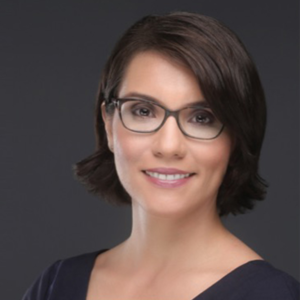 Carmen Rojas is the CEO of The Workers Lab, an innovation lab that invests in entrepreneurs, community organizers, and technologists to develop new ways to build power for working people in the US. She has over 15 years of experience working with organizations to test revenue models & exploring the range of capital vehicles that can scale power building. Prior to assuming this position, Carmen was the Acting Director of Collective Impact at Living Cities where she worked with 22 of the largest foundations and financial institutions in the world. From 2008 to 2011, Carmen was the Director of Strategic Programs at the Mitchell Kapor Foundation, where she oversaw the Foundation’s Green Access and Civic Engagement programs. She has a PhD in City and Regional Planning from UC Berkeley and is a Fulbright Scholar. 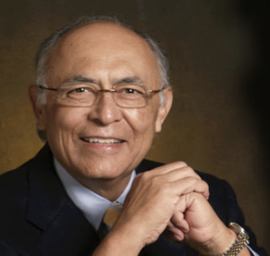 A luminary in the field of technology for nearly three decades, Hector has helped build and guide top-tier global technology companies (including Texas Instruments, Motorola, and AMD). As CEO of AMD, Hector spearheaded the 50/15 initiative setting an aggressive goal to have half the world connected to the Internet by 2015. Hector currently serves on UT’s College of Engineering Foundation Advisory Council. Hector currently serves as a Trustee Emeriti of Rice University and is on the Board of Trustees of the RAND Corporation and the Board of Directors of Breakthrough Austin. Hector fundamentally believes that technology and education open doors for people and can enable them to be more informed, voting citizens, which is crucial for a strong democracy. 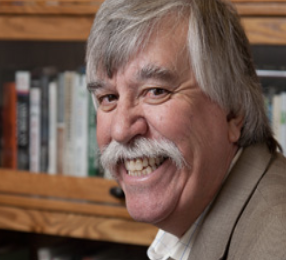 Born in Roswell in 1950, Sanchez is roundly considered one of New Mexico’s most active grassroots community organizers. Before Sanchez had even reached 21 years of age, he became co-founder of the Chicano Youth Association, which helped confront discriminatory practices in the Portales school district. The hard work of his spirited organization led to a landmark case that set a national precedent for bilingual education. From the 1970s to the present, Sanchez’s instrumental work has included focus on such issues as welfare rights initiatives, labor rights, health care and voting rights issues. In 1997, Sanchez began working as a Roswell-based program officer for the Needmor Fund, a position he holds to this day. 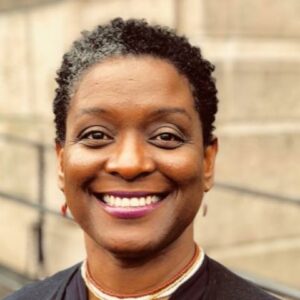 Adrianne, along with Black progressive leaders from across the country, founded BlackPAC in 2016 to develop a sustainable infrastructure for Black political engagement. As executive director, she oversees BlackPAC’s research and political strategy, coordinating with grassroots community organizations in states across the country on electoral and issue-based campaigns in Black communities and with allied communities. Since BlackPAC’s start, she has raised millions of dollars and designed programs to engage hundreds of thousands of voters—leading to some of the most significant progressive victories of the post-2016 era.