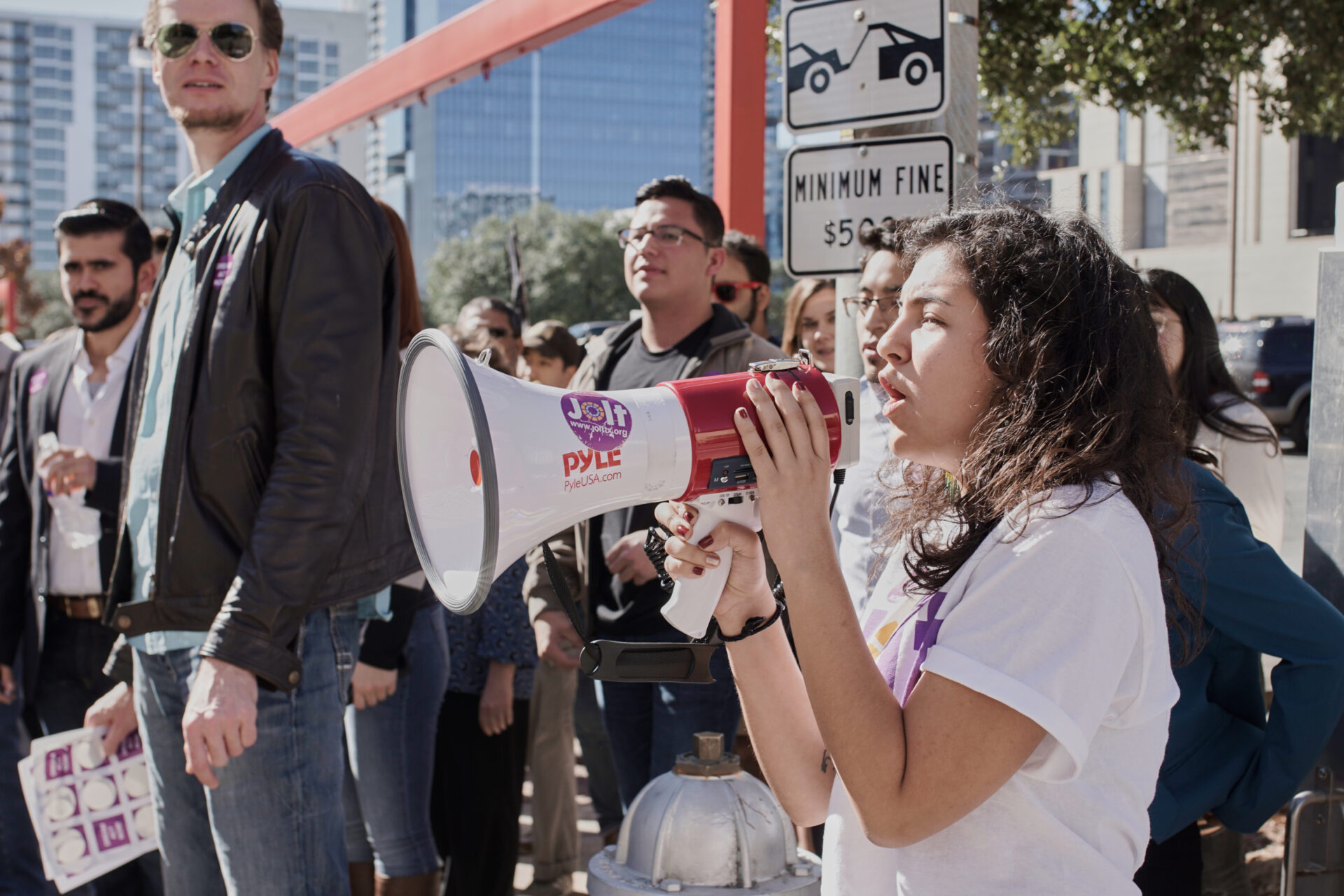 WASHINGTON — As the year nears its end in Washington, a major issue remains for Congress: what do with DACA recipients.

Top lawmakers are now saying a bipartisan bill providing relief for so-called DREAMERS could get a vote in January. Immigrant advocates once again took to the streets in Asutin on Wednesday, demanding lawmakers protect DACA recipients.

One of the protesters was Samuel Cervantes: a UT student and DACA recipient whose parents brought him to the US illegally when he was five.

“I had no concept of the immigration system, so for me it just felt like a trip,” Cervantes said.

But President Trump canceled the program this year, throwing Cervantes’ life into chaos.

“Every day that I live not knowing what my future’s going to look like is a life of peril, is a life of anxiety,” Cervantes said.

So Cervantes and others marched to Sen. John Cornyn’s office Wednesday, demanding he help pass legislation to help the roughly 124,000 other Texans whose temporary legal status will end in March.

“This is not a political issue,” Cervantes said. “This is a human issue.”

But on Capitol Hill lawmakers are optimistic. Republican Sen. Jeff Flake (R-AZ) Tweeted: “Bipartisan DACA bill will be on the Senate floor in January.”

Top Democrats are also now moving away from previous threats to withhold support from a government spending bill over DACA. Democrats are expected to go along with border security provisions in return for protections for young migrants.

But for Cervantes and others who gathered Wednesday, January isn’t soon enough.

“We’re getting closer to a world in which these DACA recipients are going to be deported,” Cervantes said.

A call to act quickly as time ticks down for the Dreamers.