Immigrant Mothers Hold Up Our Community 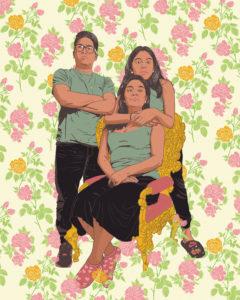 To celebrate immigrant mothers and show unity in the face of SB4, Jolt is hosting a live mural titled Poderosa at the Jolt meeting space (4704-B E.Cesar Chavez, Ste 1, Austin, TX 78702) on May 11 from 11:00 am to 2:00 pm CDT. Poderosa is a portrait of an immigrant mother from Austin and her children created by Artist Claudia Gizell Aparicio-Gamundi.

Join us to celebrate immigrant mothers and send a message to Texas lawmakers that we will fight against SB4 and all efforts to separate our families. Everyone is welcome to witness the live mural, please sign up here to help paint.

Can’t make it to the Capitol? You can celebrate immigrant moms online. From now through Mother’s Day, share a photo and story of an immigrant mom in your community with the hashtag #Poderosa.

When elected officials come after mothers, they hurt kids too. In Texas, 1 out of 7 children lives with at least one undocumented family member. Too many kids at risk of being separated from their mothers.  Our families deserve better. 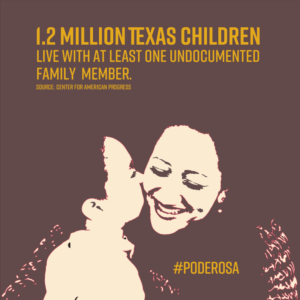 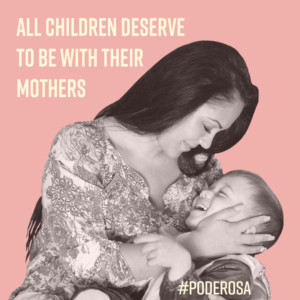 The Denver Post: Mother of four living in Aurora is detained by ICE after years of following agency’s orders, lawyer says
Maria de Jesus Jimenez Sanchez, a mother of four who was living in the U.S. since 19999, was detained at a check in with U.S. Immigration and Customs Enforcement. Maria was deported days later despite having no criminal record.

Buzz Feed News: An Ohio Mother With No Criminal Record Has Been Deported
An undocumented mother of four US citizen children with no criminal history was deported Wednesday after numerous attempts and appeals to stop her removal.

L A Times: Federal agents in Texas move hospitalized Salvadoran woman awaiting emergency surgery to a detention facility
Sara Beltran-Hernandez, 26, a mother of two young children, was bound by her hands and feet and removed by wheelchair from Huguley Hospital in Fort Worth late Wednesday by Immigration and Customs Enforcement agents who brought her to a detention facility in Alvarado, Texas.

New York Times: She Showed Up Yearly to Meet Immigration Agents. Now They’ve Deported Her.
Immigration agents arrested Guadalupe Garcia Rayos in February 2017. Despite efforts by her family and others who tried to block her removal from the United States, she was deported Mexico.  Guadalupe was separated from her two children.