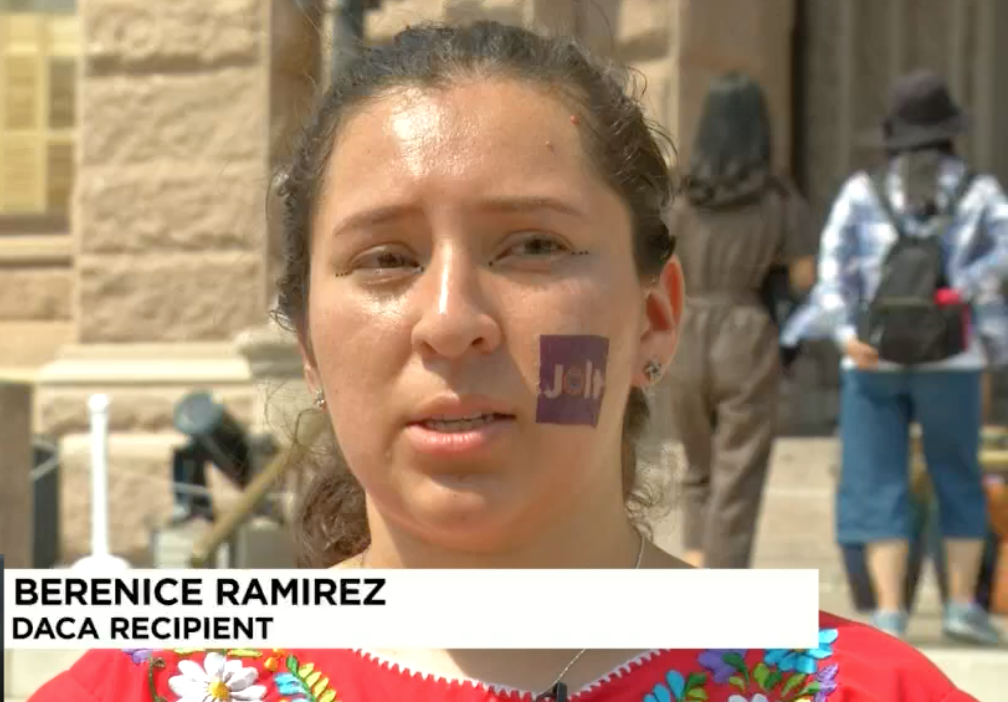 AUSTIN, Texas —  Hundreds of people marched throughout downtown Austin on Saturday in defense of the Deferred Action for Childhood Arrivals program ahead of President Donald Trump’s imminent decision.

“It makes me sick to my stomach. Thinking about my friends and family that are sitting in fear waiting whether or not they have this protection continue is really frustrating,” said Leslie Abraham, who participated in the march.

Many at the demonstration that started at the state Capitol were DACA recipients.

“More recently (the president) says he’s going to have a heart and he loves all people. I’m not sure how much I want to be hopeful of his words,” said Vanessa Rodriguez, a DACA recipient.

The 19-year-old is a student at the University of Texas. After an approved application process, DACA allows undocumented immigrants who were brought to the country as children to legally go to school and work. The program also shields them from deportation.

“It has given me the opportunity to continue my education past high school and really make my parents’ sacrifices worthwhile,” said Berenice Ramirez, DACA recipient.

Many celebrated a federal judge’s ruling that blocked the state’s sanctuary cities law. Despite the small victory, demonstrators acknowledged that some legislators continue to pressure Trump to dismantle DACA by Tuesday, when he’s expected to announce a decision on the program’s status.

A group of Republicans, including state Attorney General Ken Paxton, have promised to challenge the policy in court.

“I want lawmakers to know that young Latinos across Texas are ready to vote and are ready to change the system and to make a stand for what we believe in,” Abraham said.

The future remains unclear for the estimated 800,000 young immigrants DACA protects, but some say they have found hope in their activism.