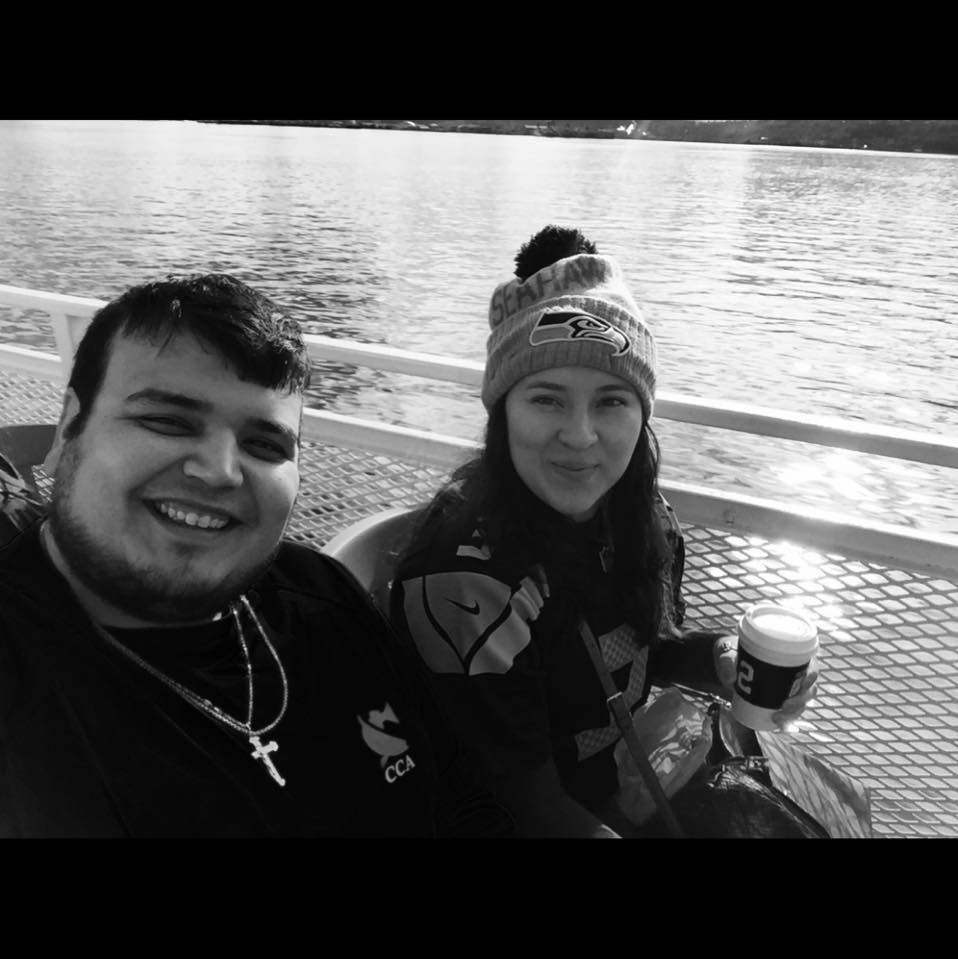 Editor’s note: This op-ed was originally published in the Austin American-Statesman on 03/17/17

Last November, I voted for the first time. I’m 23, and while I was old enough to vote in 2012, I didn’t vote because I didn’t feel I had much at stake. In November, however, I voted because the election felt personal. Some of the people I love most — my girlfriend and my father — are undocumented and I feared that I would be separated from them.

Not only did I vote in November, I also convinced my friends and everyone in my family who could vote to go to the polls and cast their votes against Donald Trump.

While we didn’t succeed, we made history in Texas. Almost 30 percent more Texas Latinos voted in 2016 than in 2012. I am one of those new voters and I am also one of the millions of Texas Latinos who are tired of seeing our families and our communities disrespected by politicians like Trump and Gov. Greg Abbott.

My family is everything to me. They cheered me on as I graduated high school and now they are helping me get ready to launch my own business. Their support and the sacrifices they made to give me the opportunities I have are things that I will always carry with me.

My dad is an immigrant from Mexico. He earned his degree in psychology, but he left his career and home behind to come to Texas in search for a better life. He started from the bottom, doing dishes, cleaning floors, bussing tables and doing everything he had to do get ahead. He eventually became the manager of a restaurant in the Austin area and fell in love with a young waitress from San Antonio.

My parents worked very hard, and together they opened their own restaurant, El Charrito. In business for almost 20 years, it employs nine people, including myself, and serves some of the best breakfast tacos I’ve ever had. El Charrito is also where I’m learning the family trade so that I can open my own bar and grill soon.

My girlfriend, like my dad, is also an immigrant. Her parents brought her to Texas from Guanajuato, Mexico when she was just a child in search for a better life. She’s worked hard; she was at the top of her class in high school and now she’s studying to be a nutritionist at the University of Texas. She’s a recipient of Deferred Action for Childhood Arrivals, or DACA, under which young undocumented imigrants are eligible for temporary deportation deferral. While that afforded her some security in the past, now we live in fear that she could be deported at any moment.

My dad and my girlfriend aren’t “criminals” like the president and our governor would like us to believe.

Yet they are under attack by a president and governor who want to remove them by force from their homes and separate them from their loved ones. President Trump wants to send immigration officials to separate families like mine all across Texas. And Governor Greg Abbott not only supports those actions, he also wants to remove our local democratically elected officials from office for protecting families like mine.

I have a message for the president, the governor and and all Texas lawmakers who attack our our families: We will vote you out of office.

I will vote again. I will vote the lawmakers who are terrorizing my community out of office. And I am not alone; there are millions of young Latinos like me who will not stand by and let elected officials separate them from their loved ones and terrorize their communities.

A few weeks ago I participated in a voter registration training so that I can register voters in my community. The training was organized by Jolt, a new organization based in Austin that is working to get Latinos to register to vote and run for office.

At Jolt we believe that the 10.8 million Latinos who live in Texas have the power to change our state, to make sure that we decide who gets elected, what issues matter, and what laws get passed. The road to getting Latinos involved in our democratic process won’t be easy, but we’re finding that the immigration raids have been a wake up call to many young Latinos like myself. We’re ready to mobilize, organize and demand respect for all Tejano families.

Rodriguez is a Jolt volunteer.