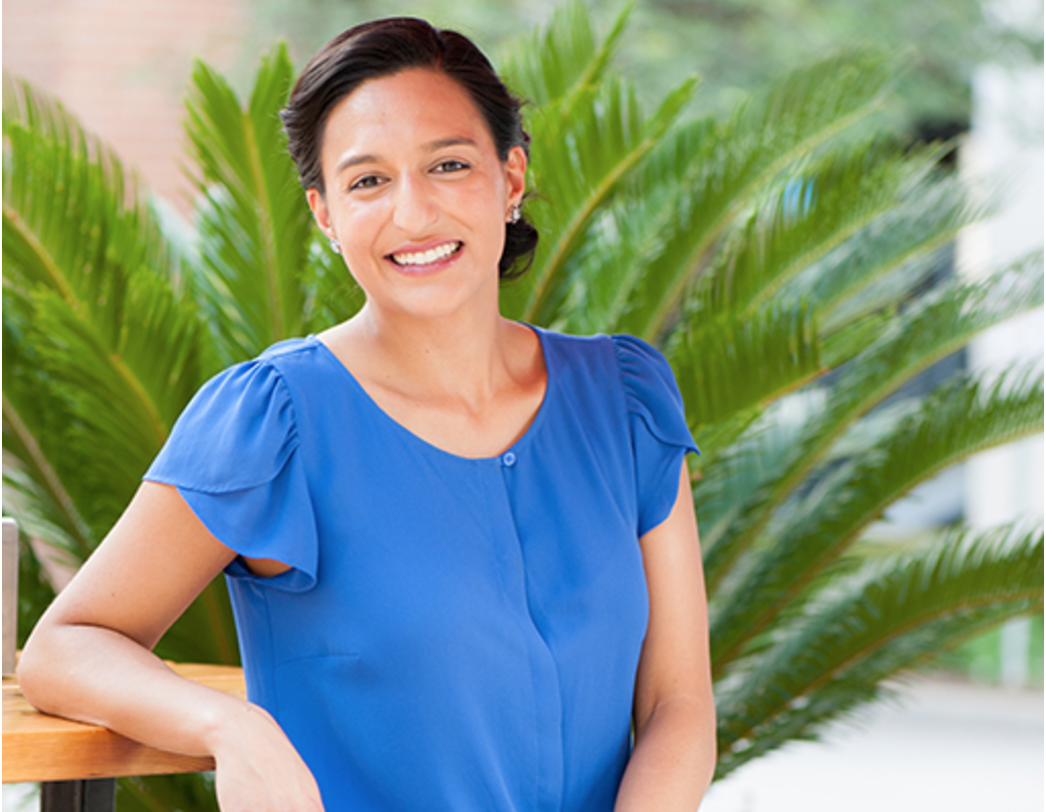 Raised by a former county commissioner and a retired district judge, Analicia Bañales is no stranger to politics. But when President Donald Trump was elected to office last November, it struck a chord. She realized even the best progressive candidates would find it nearly impossible to get elected and effect change without support from voters. With internships, study abroad experiences, campaigning, and rallies under her belt, Analicia was ready to take the next step. She enrolled in the Jolt Organizing Institute – held by Jolt, a progressive nonprofit focused on mobilizing Latinos – to learn how to become an effective community organizer.

For six weeks, she drove from Corpus Christi to Austin – a three-hour commute on a good day – to attend trainings. Held from 6:30 to 9 p.m, this meant she usually didn’t get back home until around midnight. But the inconvenience is a small price to pay if it helps make her vision a reality.

“Empowering people to vote gives them agency over their future, over their lives. And maybe the way they vote doesn’t go as planned, but they still participated and they still have a voice,” Bañales said.

The 27-year-old says Corpus Christi’s Latino population is more politically active than before, but that it often abstains from expressing its voice on key issues, such as reproductive rights and women’s healthcare – two issues she is extremely passionate about.

“I would like to see –  if there is that community that needs those services, why aren’t we speaking more about that?” she said.

Though she is in her last semester at University of Texas at El Paso, where she majors in political science and minors in criminal justice and national security studies, she finds time to participate in rallies and helps coordinate campaigns.

She volunteered with the March for Science, held in Corpus Christi, and is also helped with a recent Pride event in her hometown.

In May of 2016, Bañales block-walked for signatures to protect Castner Range from development and make it a national monument. She also helped with the Castner Range public meeting held last November to collect signatures.

She actively volunteers with the Beto O’Rourke campaign, helping with meet-and-greets in Corpus Christi, McAllen and San Antonio.

But it was the anti-Latino bills of Texas’ recent 85th legislative session that pushed Bañales to become an agent for change.

The so-called anti-sanctuary cities bill and a near fistfight on the last day of the session convinced her Texas can and needs to do better.

“That plainly illustrates how easy it is to profile someone based on the color of their skin and make assumptions about them,” Bañales said. “The fact that a legislator called ICE on protestors who are exercising their First Amendment rights astounds me. He sees them as so different from him. Is it really just the color of their skin? Why is he so afraid?”

She believes lack of exposure to different cultures and ideas has no place in a progressive society.

The third generation Texan and youngest of five children has traveled extensively around the world and those experiences have opened her eyes to the issues and aspirations that bond humanity.

She dreams of joining AmeriCorps or working to mobilize Latino communities in Corpus Christi, El Paso and San Antonio, depending on where life takes her after school.

Bañales is well on her way to achieving her goals after graduating from Jolt’s program on a recent Thursday, the same day she met with me.

“Analicia is one of the most committed young women I’ve met. She cares deeply about our community and has taken it upon herself to learn the skills necessary to begin organizing Latinx in Texas,” said Cristina Tzintzun, executive director and founder of Jolt. Tzintzon believes young, smart, and talented people like Bañales are the key to sparking change in Texas politics and ensuring Latinos get the power, respect, and dignity they deserve.

“I am excited to work with Analicia to launch a new Jolt chapter in Corpus Christi to empower other Latinx like her,” she said.

For media inquiries or to arrange an interview, contact (512) 535-5066 x7 or valerie@bloomcommunications.com