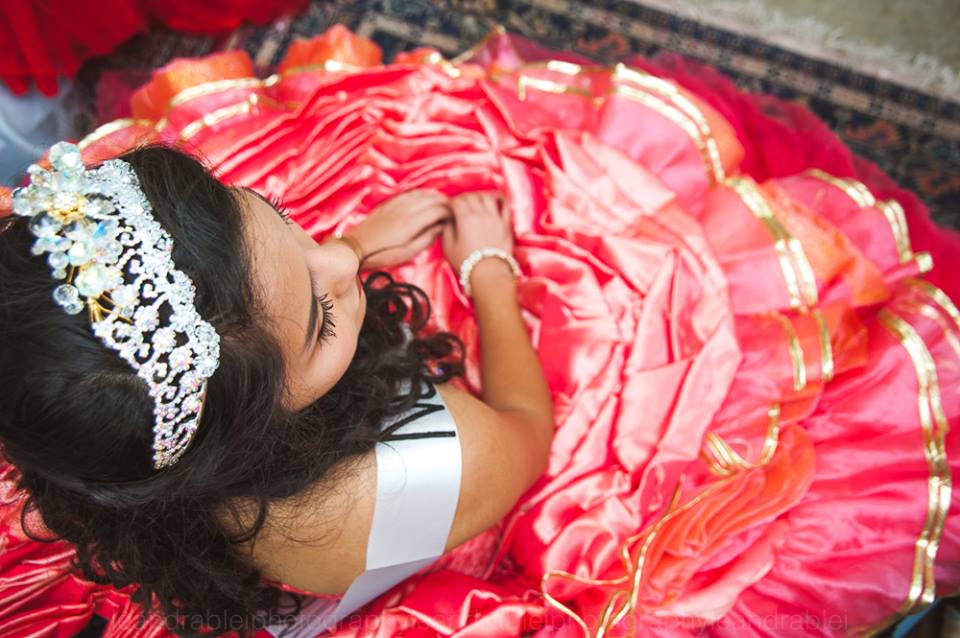 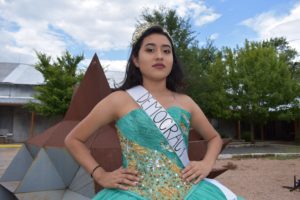 DACA recipient Viridiana ‘Viri’ Sanchez, a summer youth organizer for Jolt, an Austin-based nonprofit mobilizing Latinos socially and politically, is taking her activism to the next level by shaping the vision for Quinceañera at the Capitol on Wednesday.

Hosted by Jolt, the July 19th event targets young women in Texas and throughout the country, and encourages them to mobilize and unite against Senate Bill 4, an anti-immigration bill signed into law by Governor Greg Abbott during the most recent legislative session.

Mitú met with Sanchez and fellow organizer Maggie Juarez to discuss how Quinceañera at the Capitol came together and how they hope it will help put a stop to SB 4.

What is SB4 and how does it impact Latinos?

“(SB 4) lowered the standard of how people should treat us just because of our skin color,” said Juarez, a daughter of immigrants who resides and attends school in Pflugerville, a suburban community north of Austin. She is choreographing the event’s dances.

SB 4 has been compared to SB 1070, Arizona’s “show me your papers” bill which allows police officers to ask people for proof of their immigration status.

According to the Dallas News, SB 4 will punish cities, counties, and universities that prohibit local law enforcement officers from asking about a person’s immigration status.

So how did the idea for Quinceañera at the Capitol come about?

“When Cristina (Tzintzun) started Jolt she encouraged me to become involved,” Sanchez said. “I told her, ‘You do know I am undocumented’ But then I realized we have to show people we have a voice. We don’t have to be scared of SB 4 or (President) Donald Trump.”

The idea for the event came from one of Jolt’s volunteers who witnessed quinceañeras taking photos at the state Capitol during SB 4 action.

Sanchez’s then set out to find 14 girls willing to join her as quinceañeras at the Capitol and have each one participate take turns reciting 15 reasons why they’re against SB 4.

The girls would then do choreographed dances and interact with lawmakers, all while wearing Quinceañera gowns in hot summer weather. Some of the girls participating are undocumented like Santos.

What do organizers hope to gain as an outcome?

“We want to show the government that we are connected and not ready to give up,” Sanchez said.

No Quinceañera is complete without a valz. These quinceañeras have choreographed dances to ‘Somos Mas Americanos‘ by Los Tigres del Norte and ‘Immigrants (We Get the Job Done)’ from the Hamilton Mixtape.

“We wanted songs true to what it means to be Latino in the United States and how we contribute, including to economic instability,” Sanchez said about why these songs were specifically chosen for the valz.

While there won’t be a baile de sorpresa, organizers encourage chambelanes to appear at the event or show solidarity on social media.

The girls invite Latinos across the country to tag themselves with their quince photos with hashtag #15contrasb4 and #bastaSB4 to show their support. 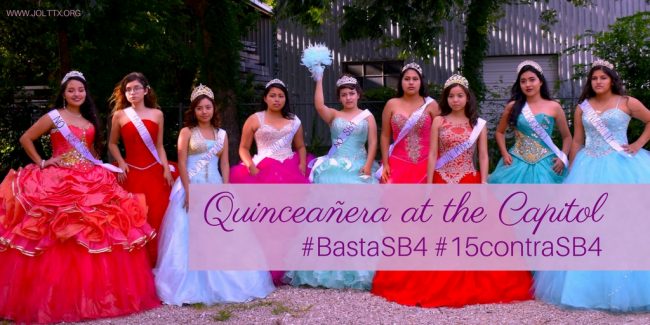