Welcome to the Jolt Familia - November 2021 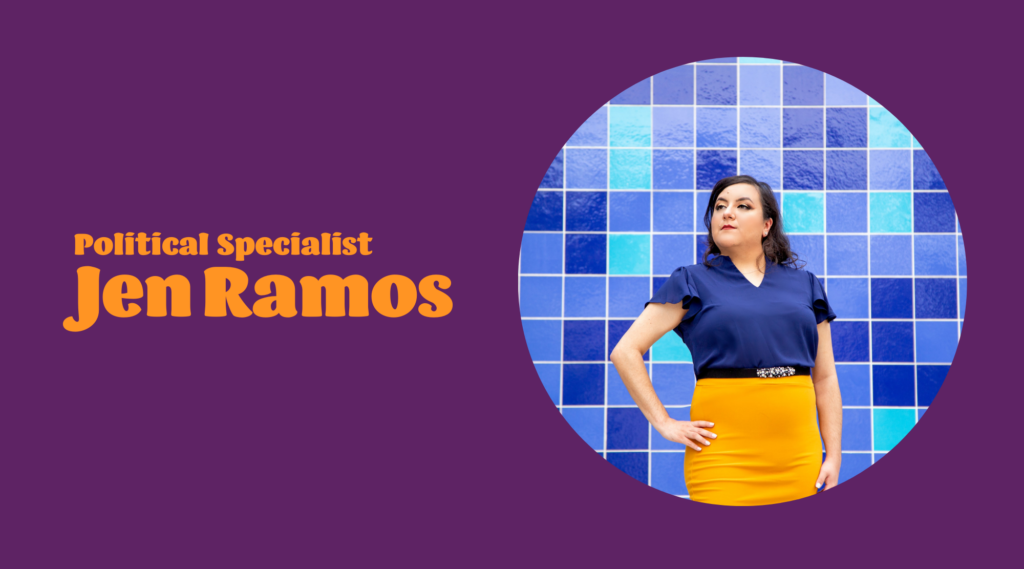 Jen joins the Jolt Familia as a Political Specialist on the Political team. In this role, her responsibilities include conducting research and analysis of public policy relevant to our constituents. In addition, she will draft internal policy briefs, monitor and track development to aid Jolt’s youth leadership development and voter education efforts.

“I’m grateful to be a member of the Jolt Familia and excited to help mobilize young latinos across Texas. Juntos Podemos!”

Jen Ramos was born and raised in Laredo, Texas. She is an activist, organizer, campaign staffer, and communications professional with over a decade of experience in the political arena, most recently working in the office of State Senator Judith Zaffirini. In her tenure, she has worked on over a hundred campaigns across the state, with three statewide campaigns under her belt. As a communications professional, specializing in intersectional messaging and bilingual outreach, Jen has been quoted by NPR, Time, Washington Post, and the Texas Tribune.  Her work has been published by Progress Texas and Teen Vogue. As an activist fighting for common-sense gun legislation as a domestic violence survivor. She currently resides in Austin, Texas with her dog and cat, Roscoe and Reba. When she is not working, Jen enjoys baking, going-two-stepping, and is an award-winning karaoke champion.